Made in Chelsea: Frock Me, Saatchi Gallery, Little Black Jacket 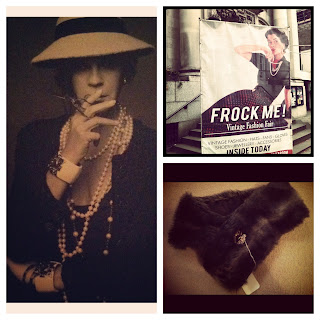 Last Sunday I headed over to the Kings Road in Chelsea ... Not only was Frock Me vintage fair on at the town hall but there was some great shops and galleries to browse too.

At Frock Me there was rails full of beautiful vintage pieces - it was great to see and catch up with some many of the stallholders who I have met through Anita's Vintage Fashion Fairs. I even picked up a vintage faux fur collar (pictured above) with a vintage brooch which I think will be perfect for the winter months.

Seeing so many people wandering down the streets with large rolled black and white  posters - I was intrigued and soon realised they were from the Little Black Jacket exhibition at the Saatchi Gallery. Just a hop, skip and a jump down the road I headed into the gallery (which is free admission) out of he chilly weather to take a look at the displays. Split over several floors I firstly explored at the Out of Focus Photography exhibition which is currently on. It was really great to step back and take in the wonderful images... take a look at some of the examples below: 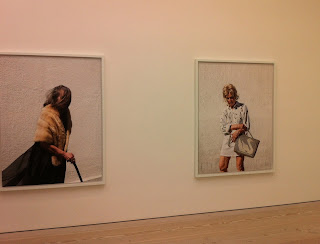 Gallery 1: Katy Grannan
Anonymous
A series of candid 'street style' portraits of various individuals in California. It had an intriguing underlining meaning and social commentary aspect to the image which were striking and bold. 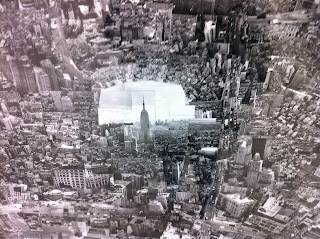 Gallery 3: Sohei Nishino
Diorama of New York
2009
These spectacular series of photographed cites Paris, Tokyo & New York were cleverly collaged together to represent that today we are "over-mapped". Nishino reinvests cities with wonder (and not incidentally cites 18th-century cartographer Inō Tadataka, who also did his surveys on foot, as an influence). 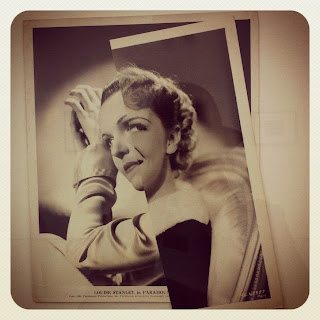 Gallery 4: John Stezaker
She (Film Portrait Collage) V
The artist ransacks old bookshops for discarded images that still have some faint breath of life within them and meticulously pairs them up - marries the two strangers. Sliced magazines, postcards, books, shopping catalogues, manuals and publicity photographs to create a new composition. 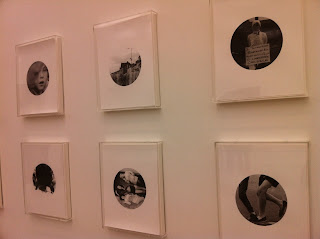 Adam Broomberg and Oliver Chanarin revisited the photographic and documentary archive amassed of the Troubles in Belfast and seeked to reveal the truths in the turbulence of the near past. they chose images not with a curatorial eye, but rather with a throw of the dice: they would expose only what was hidden below the round stickers placed willy-nilly by the archivists on the prints. And as a way of revealing the strong feelings these pictures could unleash, they included images purposely defaced by the subjects themselves, obviously fearful of repercussions. 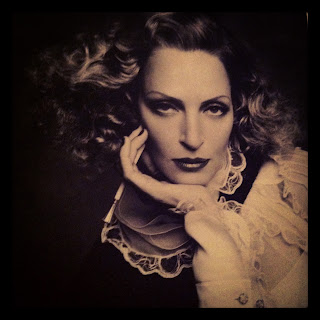 If you can - make sure you catch this travelling exhibition this weekend at the Saatchi Gallery in London before it  closes and moves on to Moscow, Sydney & Paris.

Karl Lagerfeld photographed 113 various portrait shots of friends of the House, including celebrities, models, actors and musicians all in a classic Chanel jacket. Each personality adapted the garment to reflect their own inimitable style - worn as a cape on singer Lily Allen, draped around model Stella Tennant, or even transformed into a vest by model Edie Campbell. This exhibition showcases the versatility and timelessness of the iconic CHANEL jacket.


This exhibition is on from Friday 12th October to Sunday 4th November 2012. 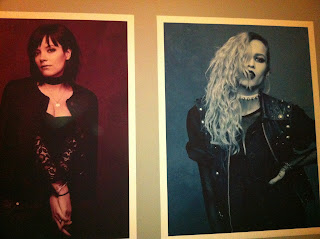 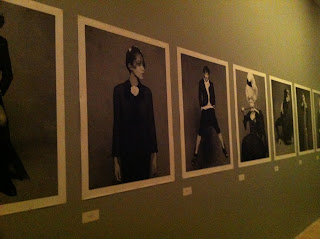 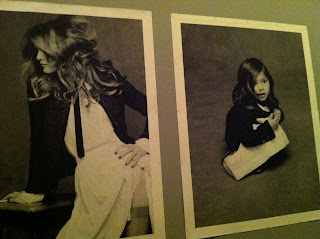 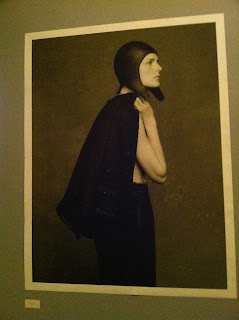 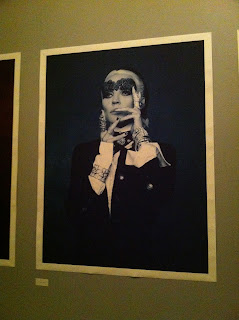 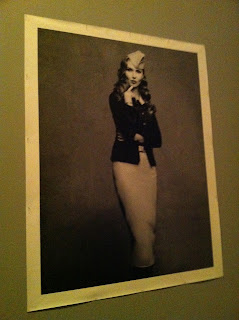 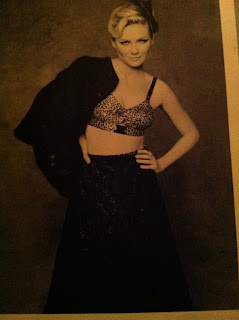 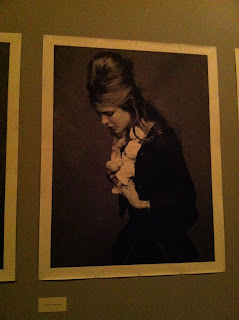 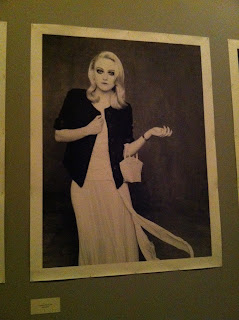 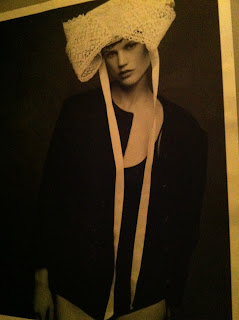 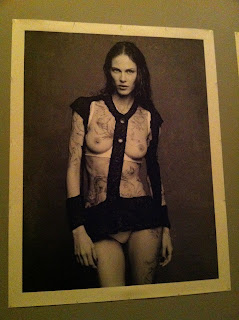 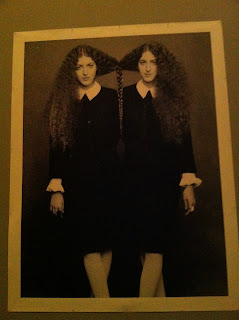 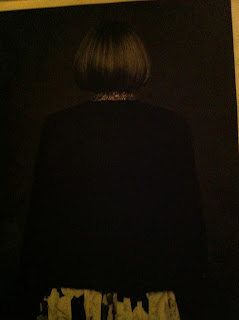 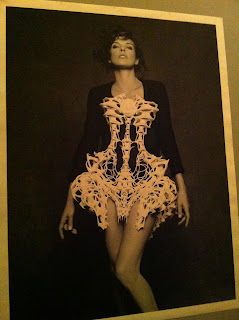 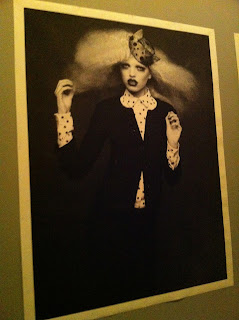 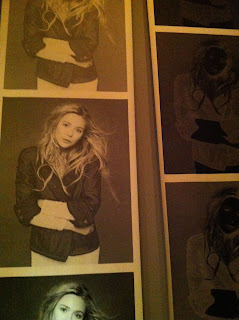 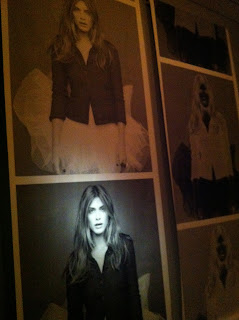 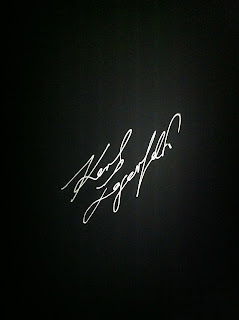 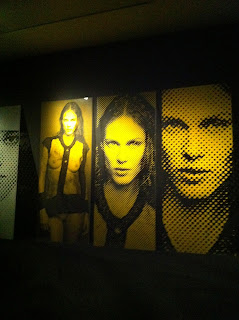 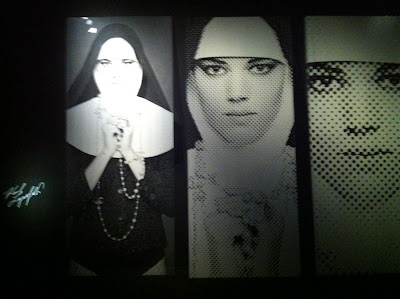 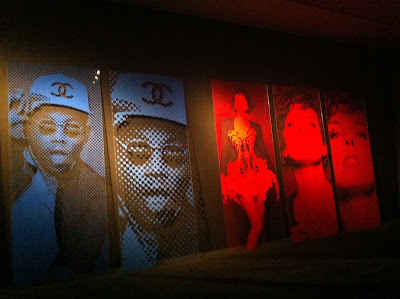 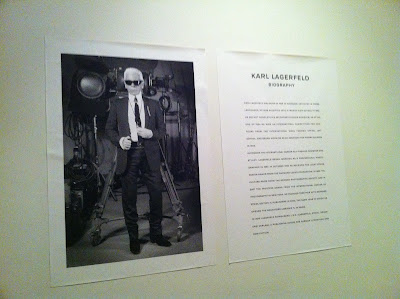 Love to know what your thinking..... Every comment is muchly appreciated x