Do have post Olympic blues already? I do ... cannot believe the 16 days of London Olympic Games has been and gone in a flash and wasn't it spectacular!
A fantastic celebration and Team GB really has made the country proud. I was lucky enough to experience part of the games in all its glory and went along to watch the Synchronised Swimming Tech team routines and cheer on my friend Katie Skelton in the Team GB of course!

It is a fascinating story of how "water ballet" (it's original name) all came about: The Inventor of Synchronised Swimming:

In an age where women were expected to swim in dresses, she championed the one-piece bathing suit; in 1907 she was arrested for indecency on Revere Beach, Boston. Later that year she performed at the New York Hippodrome in a glass tank; a landmark event in the popularisation of "water ballet"...

Hope that was informative brief history lesson, However more importantly,
here is a mini photo diary of my day at the Olympic Park: 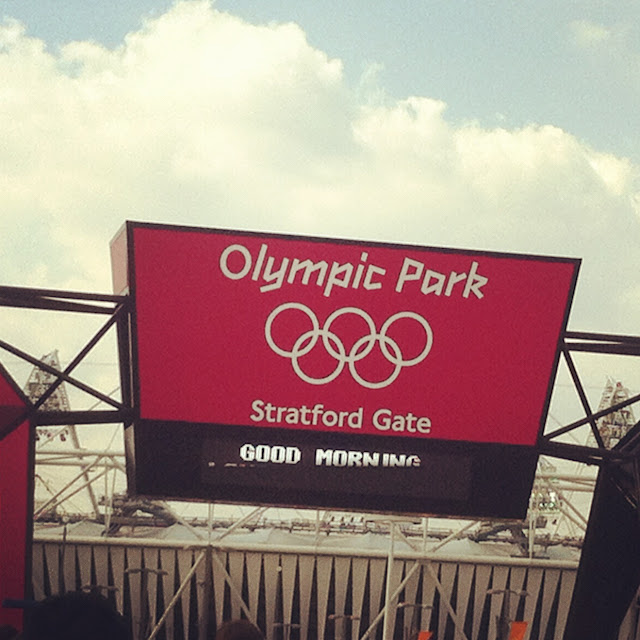 Arrive into the park at 11:40am - Excitement is building 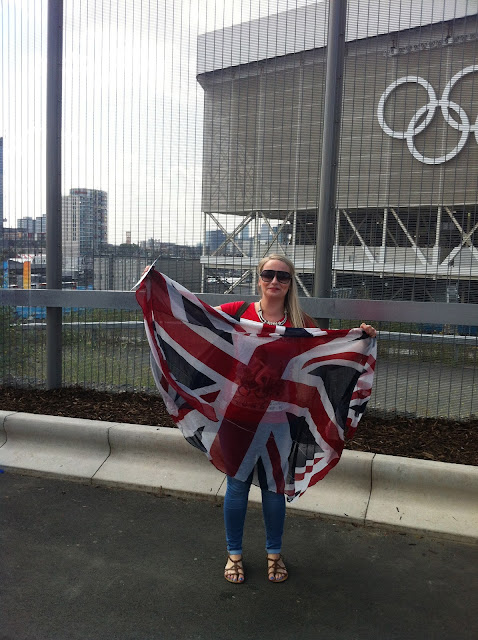 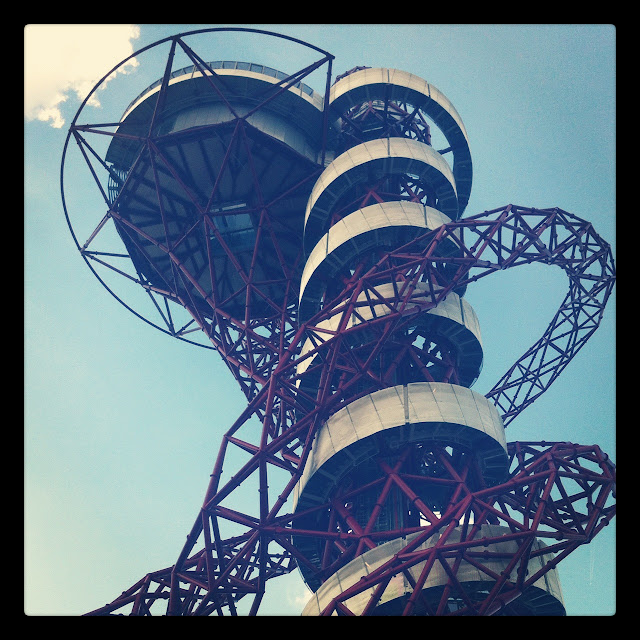 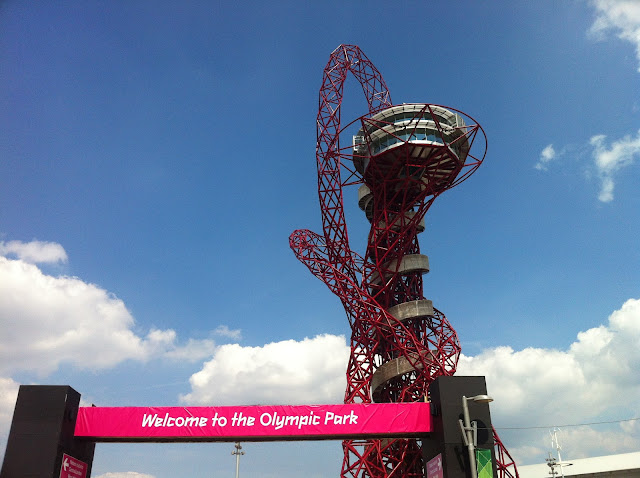 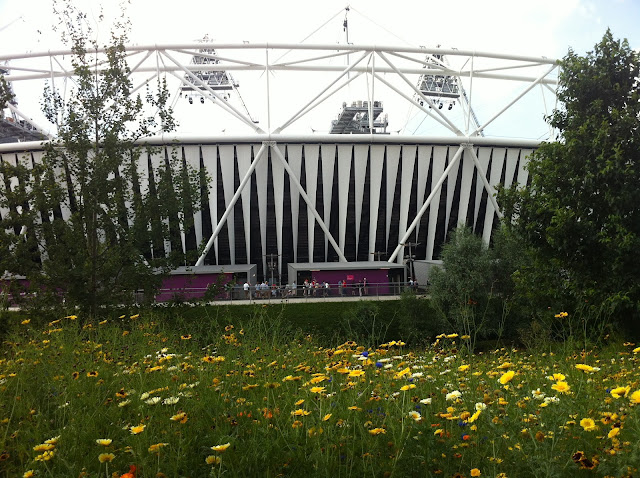 13:05 - View of the Olympic Stadium while eating lunch 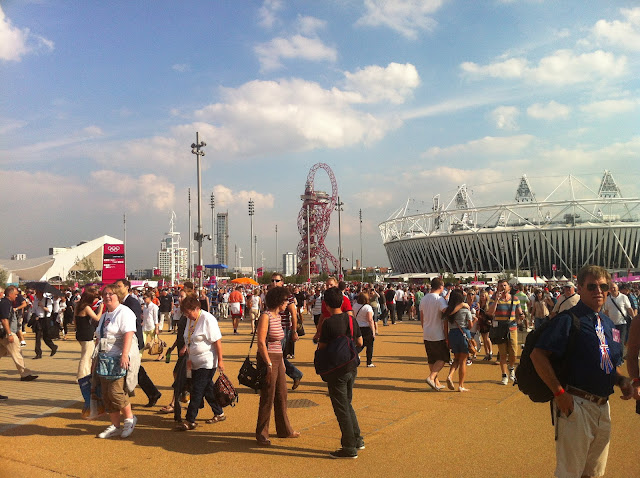 The Olympic park is getting busy - the atmosphere of the crowd is indescribable everyone is so happy! 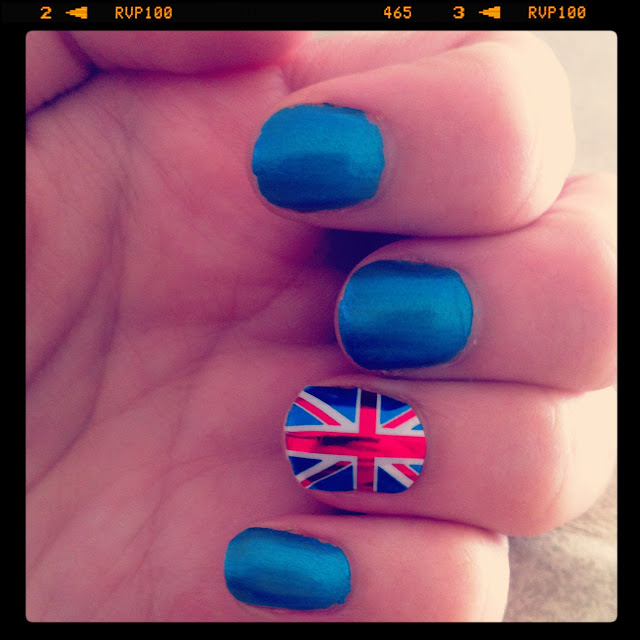 13:50 My patriotic nails - which I did while waiting for the Synchro slot. 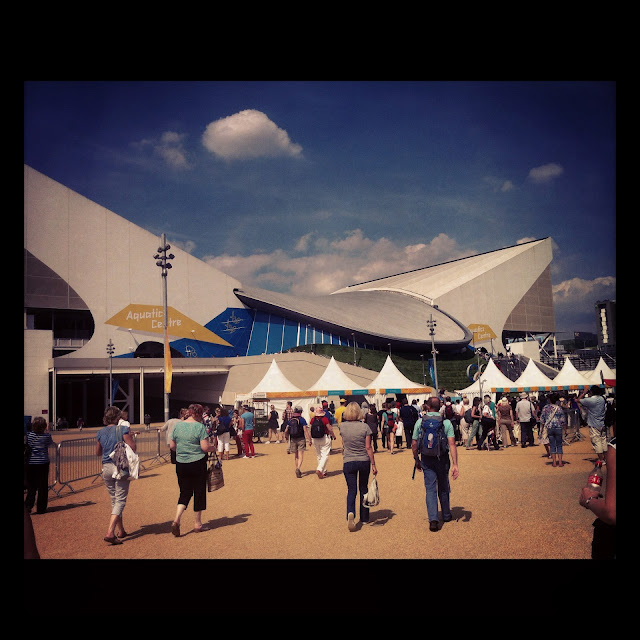 13:54 - The time is nigh - we start to head over the Aquatics centre having fun along the way with the wonderful game volunteers - cheering and waving our flags. 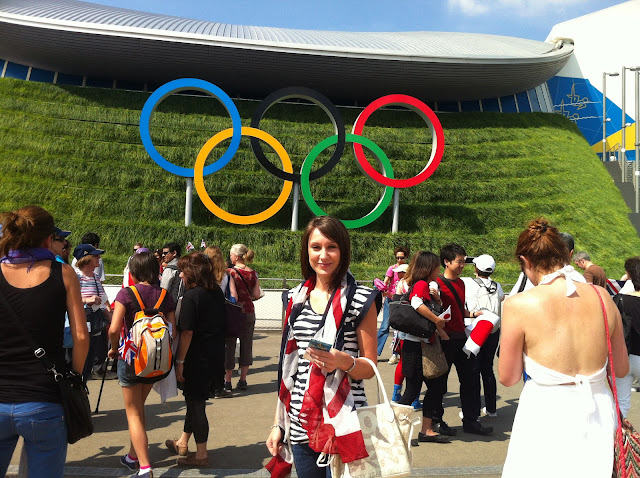 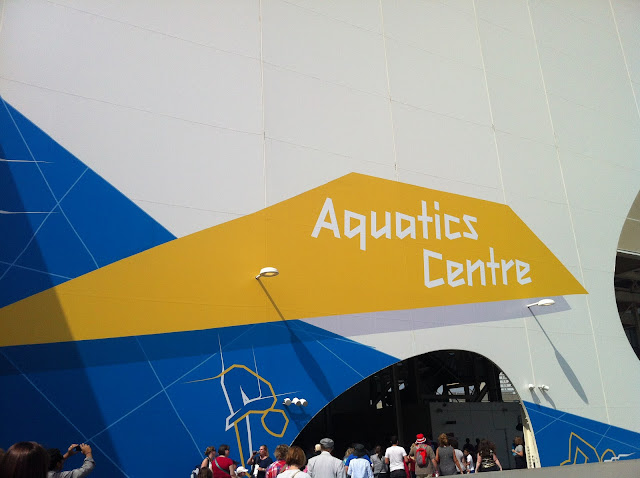 13:57 - Literally cannot contain my excitement as entering into the Aquatics Centre 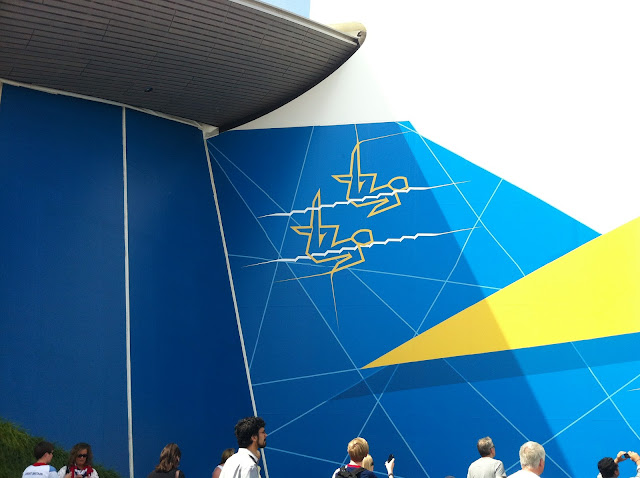 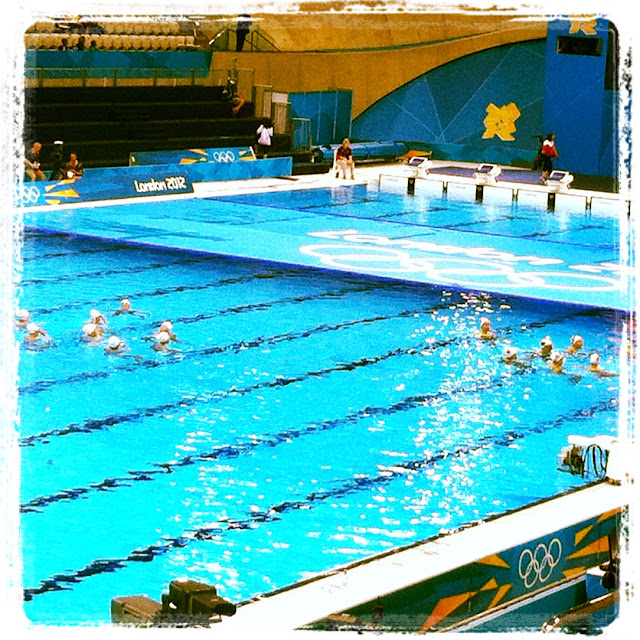 14:13 - we take our seats (which we have a great view of the pool) and watch the teams warm-up 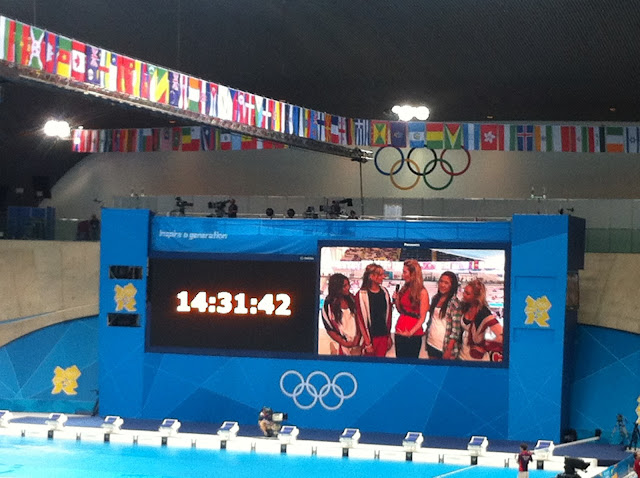 Aquabatix are interview prior to the start as the countdown begins... arrrg excitement! 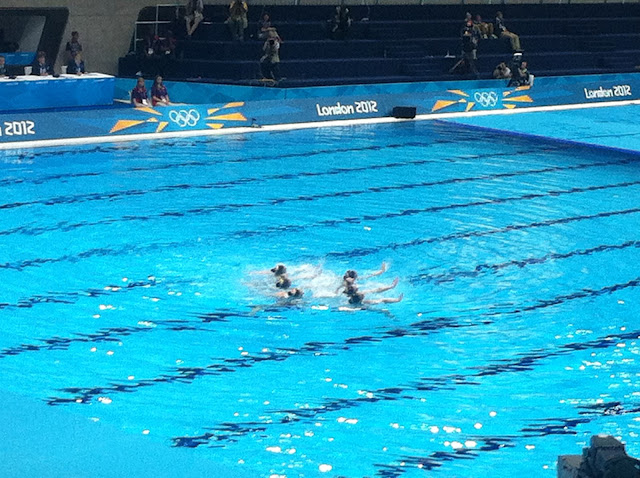 15:20 A few teams perform before Team GB take to the stage

- Really impressed by the incredible routines on show and the Spanish team's performance was incredible and cheered long with spanish fan who I sat next too. 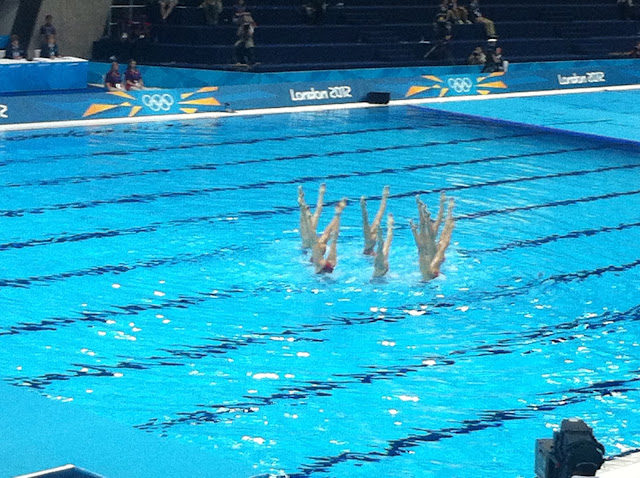 unfortunately you may be able to tell from my pics above that my camera wasn't going to provide me with any great images - so decided to give-up and purely focus on the performances - luckily there were lots of fab photos appearing after from others - so here is a selection of Team GB's amazing performance below: 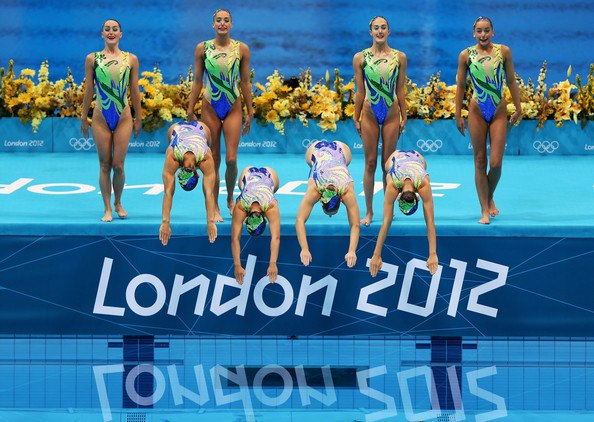 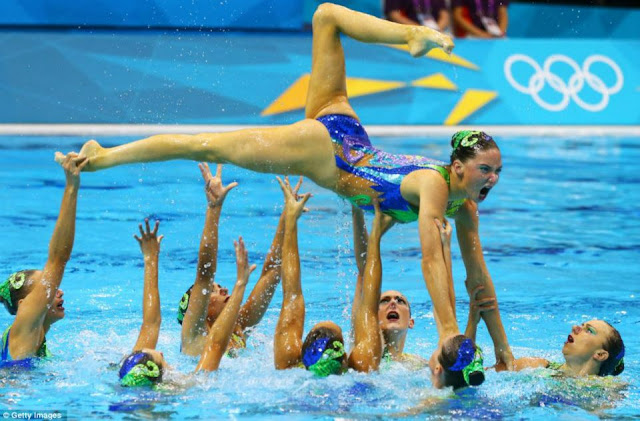 The routine I believe was based on sea creatures 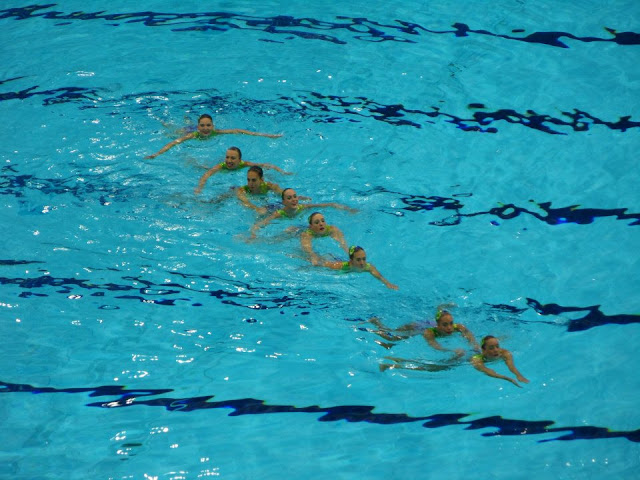 The amazing team swimming out to roars of applause at the end - it was so loud with the cheering in the aquatic centre I even started to get a headache - the atmosphere is nothing I have ever experienced before and was completely overwhelming! - so proud of my friend Katie Skelton and the GB squad! 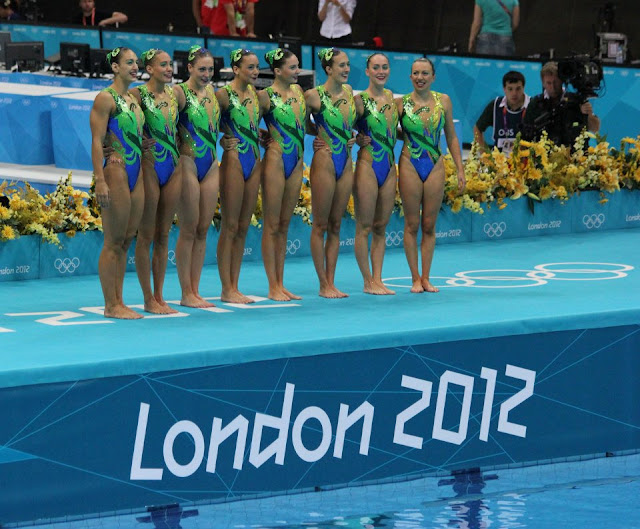 Lining up to be awarded their marks - it was really nice that my friend Katie (at the end of the line) spotted us in the crowd and waved to us all with our flags cheering. She did an incredible job - Team GB did a fantastic performance to which they should all be very proud! 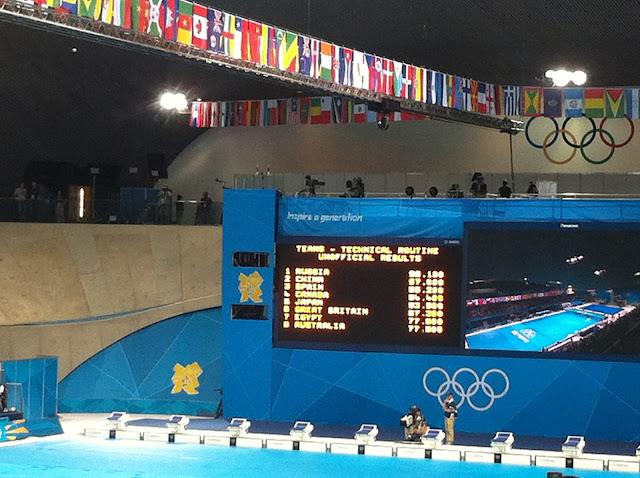 15:46 - The final scores for the Technical Routine were in - Team GB came an impressive 6th overall and reached their ultimate target. Considering the team had not qualified for an Olympic games for close to 20 year - competing on the worlds stage beating some of the best teams in the world is a huge achievement!

[The next day on 10th Aug (sadly I was unable to get tickets to be there): The tech scores were added to their free routine - which includes some tricky lifts scoring them 88.140 and meant they ranked 6th Overall - one of the best performances they have ever done - 5 years of hard work really paid off! Gold whent to Russia, Silver - China and Bronze to Spain (who I really think deserved to be higher as the artistic creativity was amazing to watch) - interestingly the positions stayed the exact same as they were the day before.] 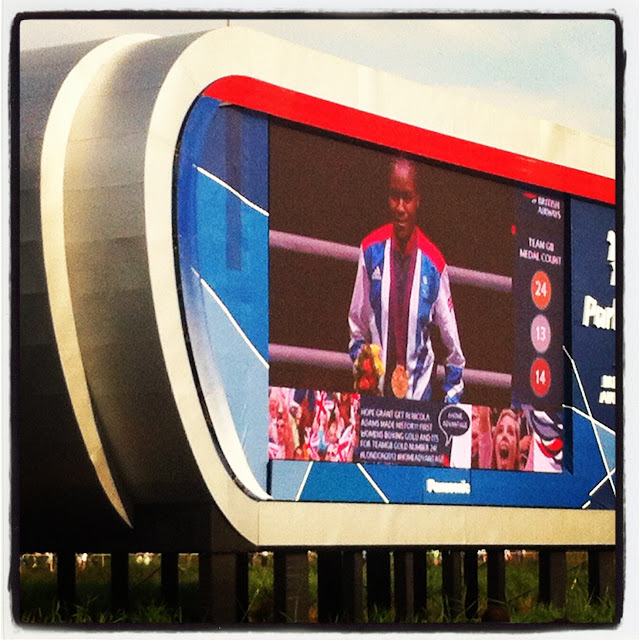 17:52 - We explored the rest of the Olympic park and watched the amazing Nicola Adams bring home a Gold medal in the first ever women's boxing at the 2012 Olympics on the large Park Live screen - everyone jumped up in applause. 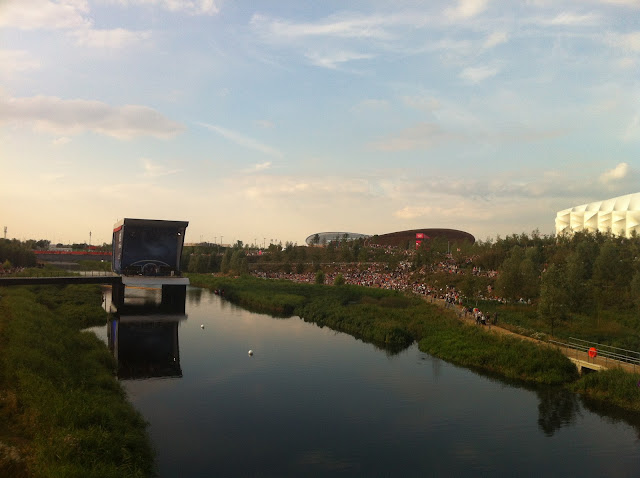 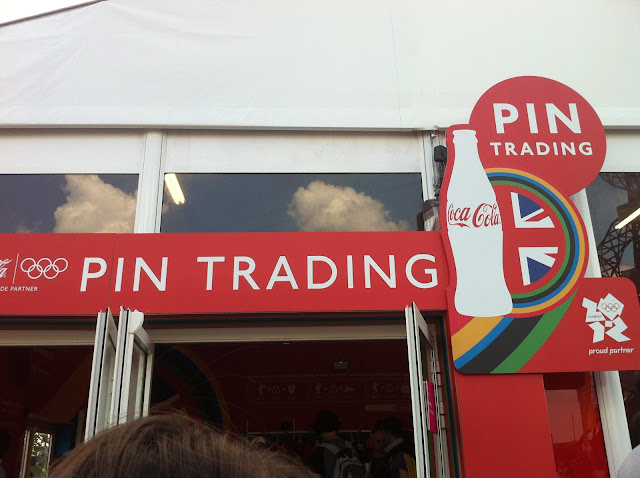 Taking home a memory of the day in the Pin Trading centre - I brought a Synchro Olympic pin as a  treasured souvenir. 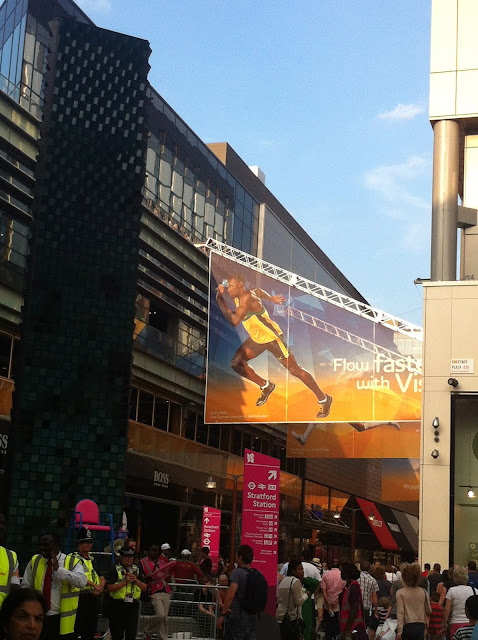 18:57 - Sadly heading home - through Westfield Strafford with large banners of the man of the moment Usain Bolt.

Our Olympic day was over but is one that will never be forgotten! 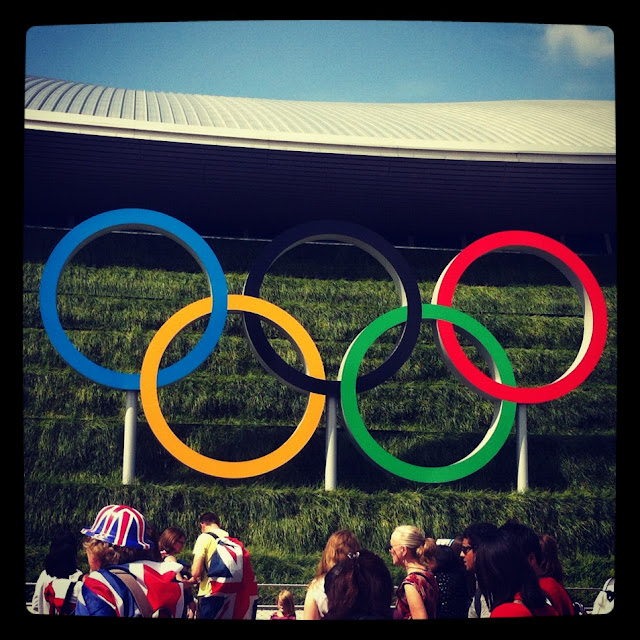 What is your fondest memories of the London 2012 games? Did you watch any events?
Did you enjoy the closing ceremony? And will you be booking your ticket Rio 2016.
What a fantastic London 2012 Olympic Games!
Posted by Zara_K at 18:24

Love to know what your thinking..... Every comment is muchly appreciated x